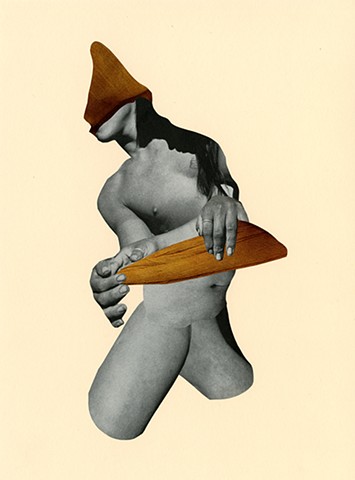 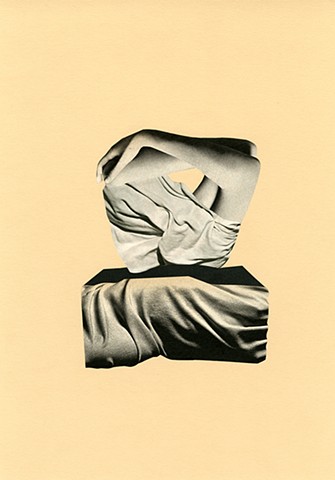 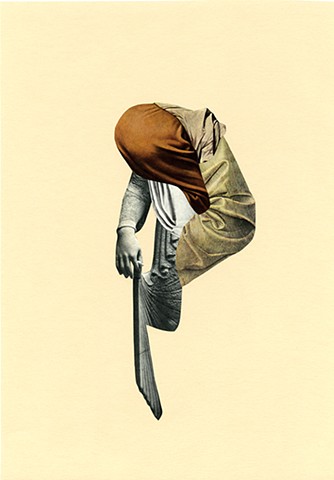 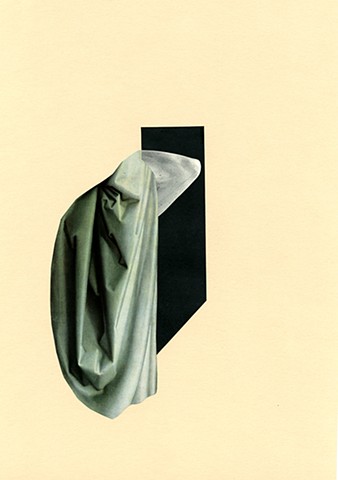 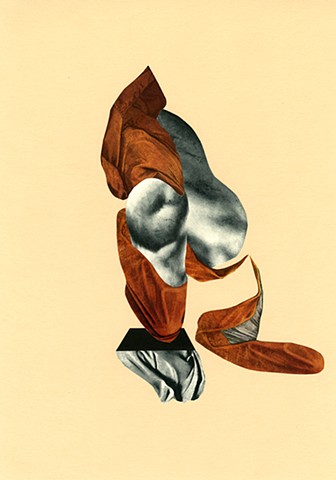 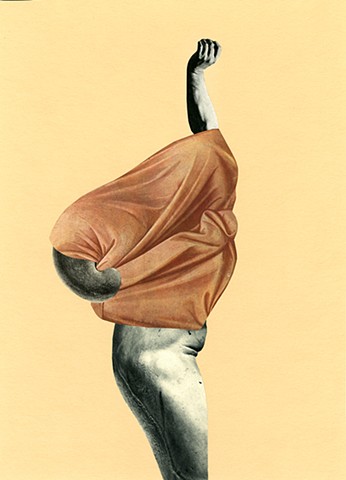 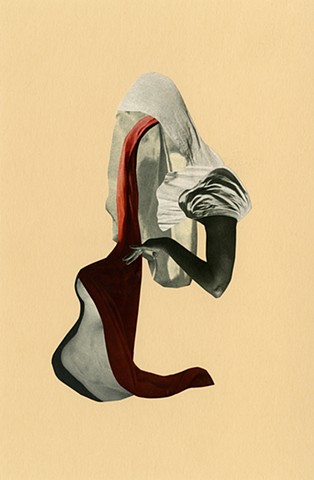 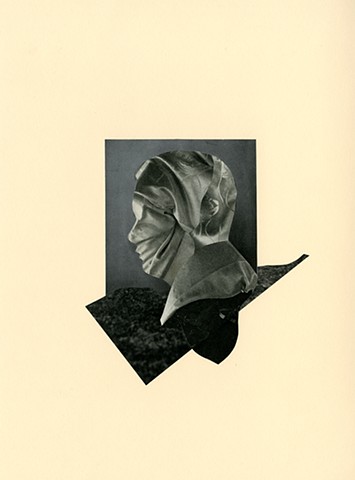 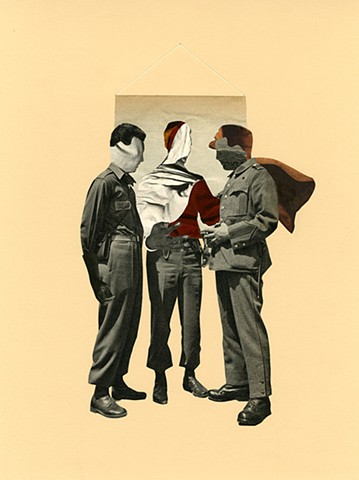 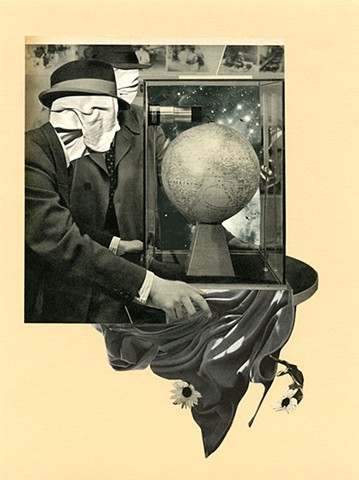 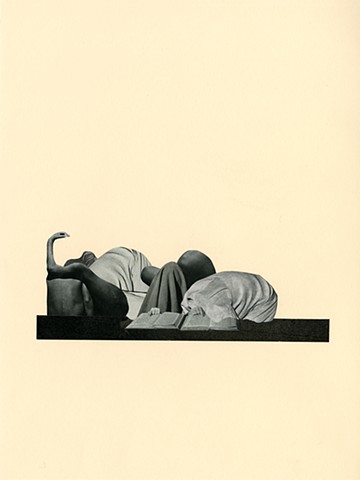 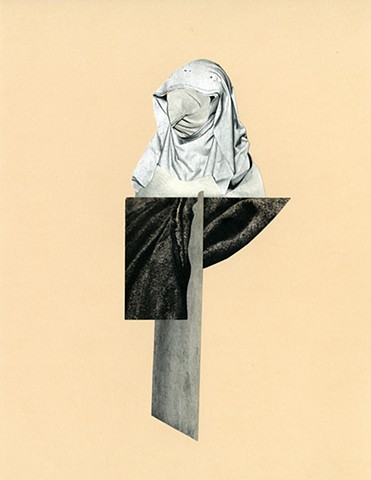 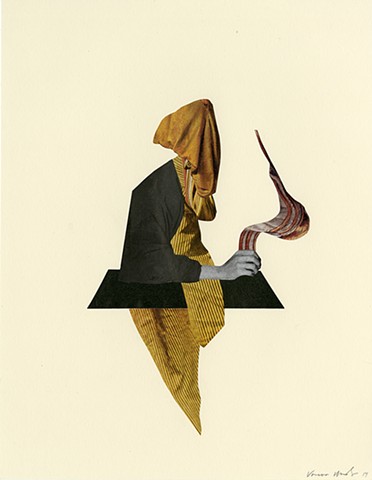 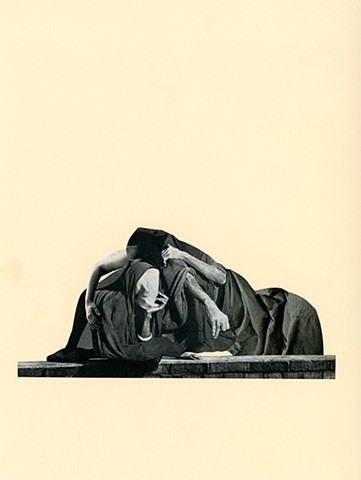 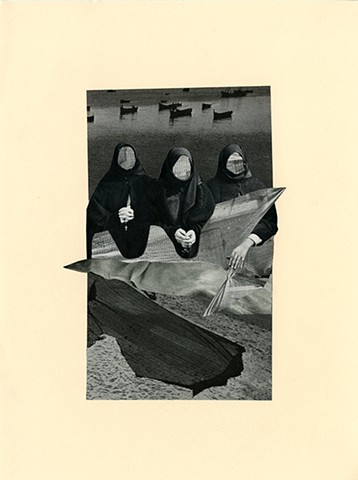 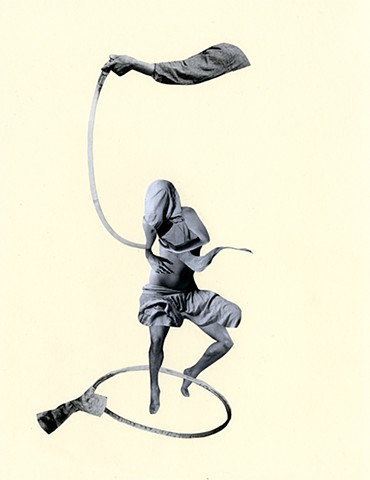 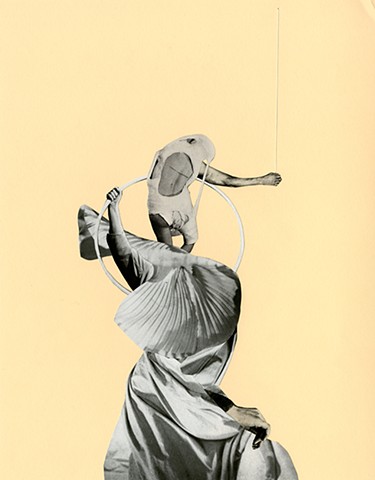 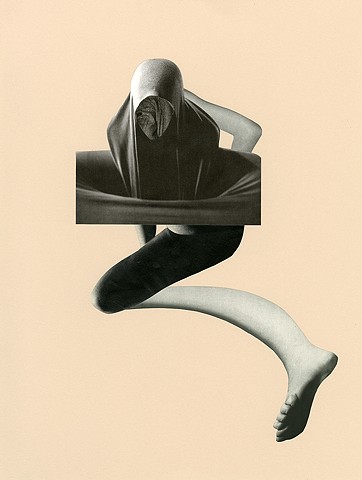 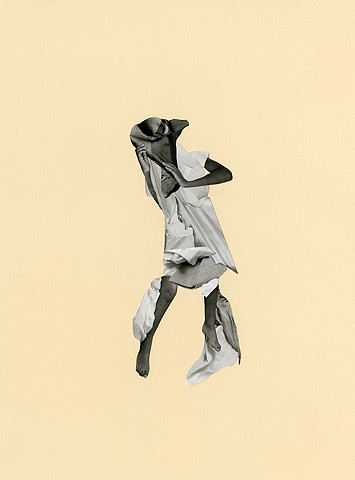 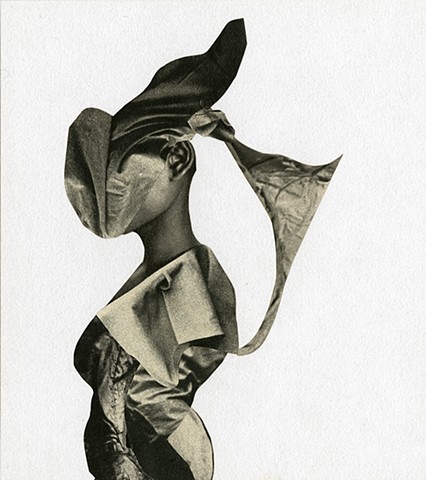 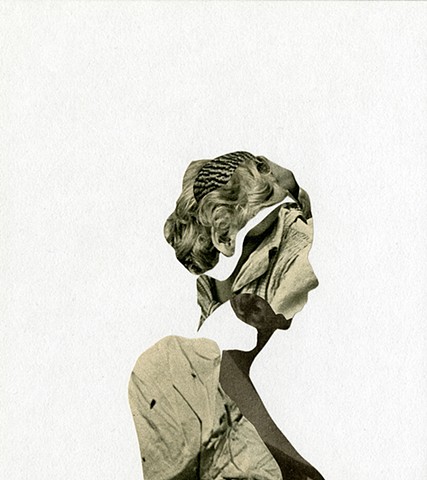 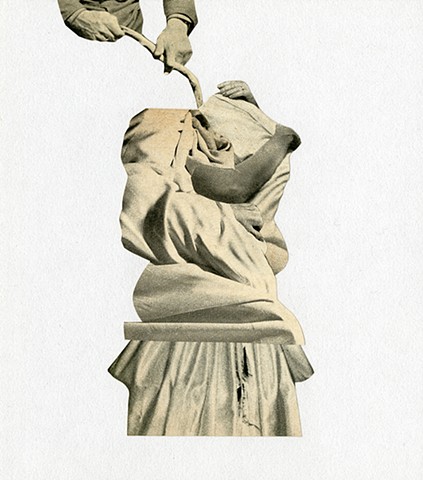 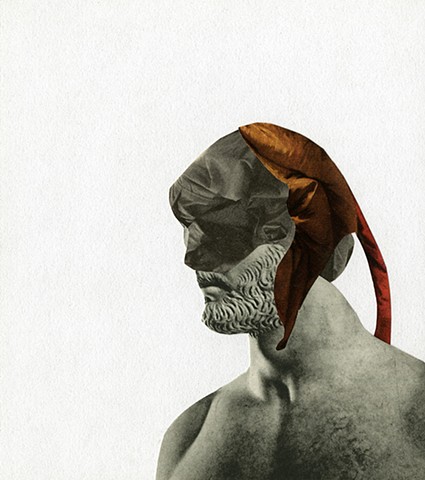 In (In)visible, identities and bodies are tangled and draped with fabric, where the fabric represents the beginning and end of the life cycle. Vanessa Woods began this series during her first pregnancy in 2012, which also coincided with death of her grandfather and a close friend. In making this work, Woods was thinking about the furling and unfurling of life and how mysterious and arbitrary it can be–how there is constant sense of the invisible or unknown. Later, when Woods gave birth to her son via C-section, her body was draped in blue hospital cloth. Concurrently, her grandfather passed away and his body was draped with a burial shroud before being removed. Woods began to see the fabric as symbolic for the life cycle; life can be born out of cloth or disappear behind it. In this series, bodies emerge from and disappear into the fabric, as do histories and allegories. The fabric acts as a way to reconfigure and reimagine history, time and the body.